Pre-formation of the UK, the shilling obverse features the armored

The reverse shows a cruciform of shields with emblems of George's

royal claims, crowns in diagonals between, and date below.

Post-formation of the UK, the shilling obverse features the laureate head

of George III facing right, with date below.

The reverse shows the UK coat of arms, with the royal crown above. 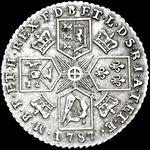 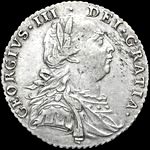 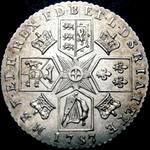 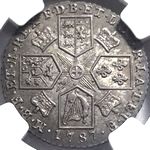 George III is primarily remembered as the mad king,

and for losing the American colonies, however was

reigning at the formation of the United Kingdom of

Great Britain and Ireland, and oversaw the discovery

and settlement of new colonies, including in Australia.

due to his father's ill health. 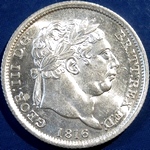 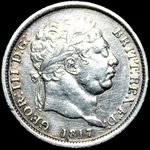 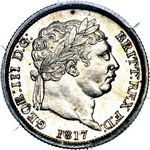 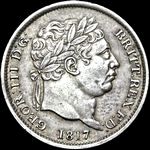 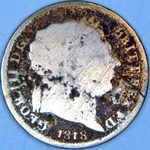 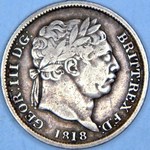 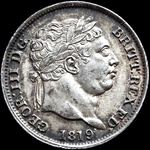 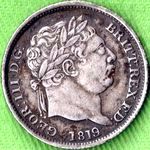 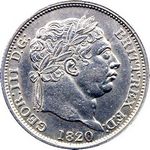 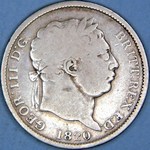