What is a Farthing from the United Kingdom worth?

Values, images, and specifications for farthing coins from the UK, Great Britain,

during this period. The first shows Britannia

facing right, and the third shows a wren,

with the word 'FARTHING' beneath.

Farthing coins continued in to the UK era of

British history, and were circulated under all

The declining demand for this low denomination

eventually saw the farthing demonitised in 1960.

We have also included coins from George III's

era prior to the formation of the United Kingdom. 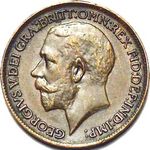 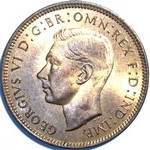