What is a Queen Victoria penny from the United Kingdom worth?

Values, images, and specifications for Victorian penny coins from the UK, Great Britain,

England, Ireland, Scotland, Wales, dependancies, and British colonies from 1837 to 1901. 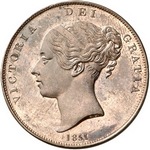 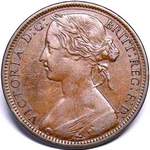 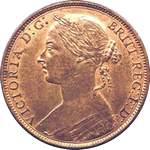 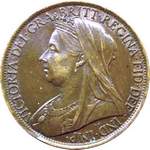 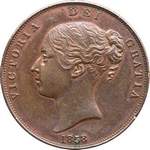 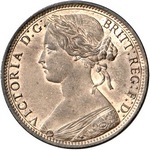 Victoria became Queen in 1837 after the death of her

uncle (William IV), who had no legitimate heirs.

years the 'bun head', and later years the

The reverse shows the helmed Britannia

resting on a shield.

In 1860 the date moves from obverse to

reverse, and the composition changes from