on the United Kingdom's

monetary system, with the

wore easily, and silver content resulted in many being melted down for their bullion value.

During the conversion to decimal in the 1960's, most remaining coins and notes were

taken out of circulation and destroyed, contributing to a low survival rate for coins and notes 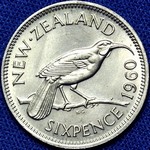 Prior to 1933, New Zealand's official currency was United Kingdom coinage,

Decimalisation occurred in 1967, whereby pennies were replaced by cents,

Decimal era New Zealand coins and notes are much more common and sturdy,

still popular with collectors due to intricate design and relatability to recent history.

Prior to the forming of the Reserve Bank of New Zealand

in 1933, banknotes in New Zealand were issued by

The Reserve Bank of New Zealand issued the first

nationalised banknote of New Zealand in 1934, based

also on the United Kingdom's 'pound', (see above).

The pound was replaced by the dollar in 1967, upon 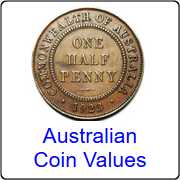 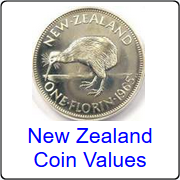 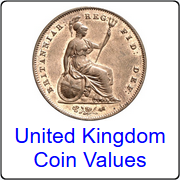 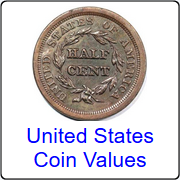