What is a Lincoln bicentennial one cent coin from the USA worth?

Values, images, and specifications for the Lincoln bicentennial US penny. 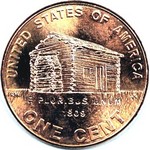 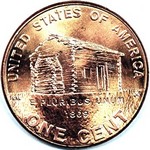 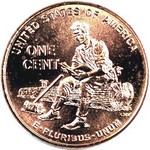 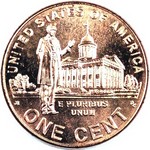 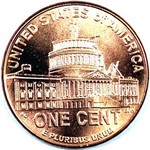 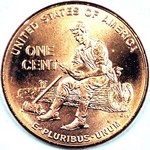 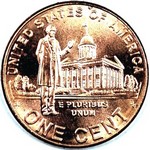 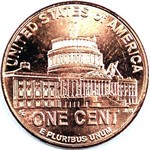 To celebrate the 200th anniversary of Abraham Lincoln's

birth, four design variants of the US penny were released

in 2009, depicting periods in Lincoln's life.  It is also

'LIBERTY' to the left, and date to the right.

Above Lincoln's head is the phrase 'IN GOD WE TRUST'.