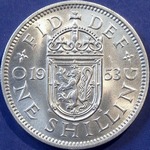 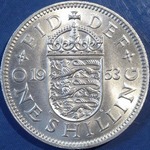 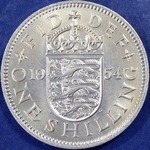 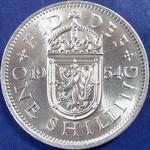 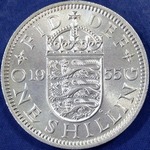 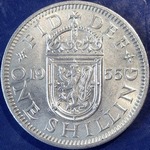 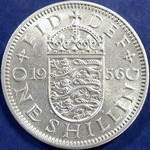 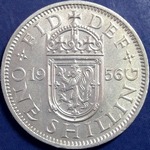 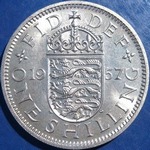 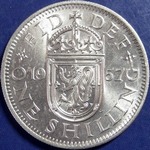 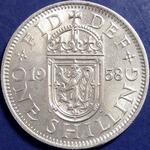 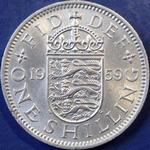 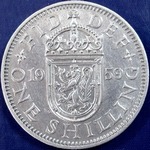 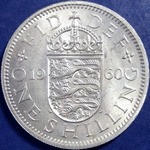 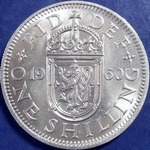 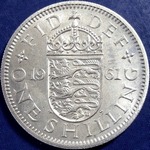 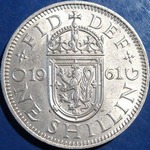 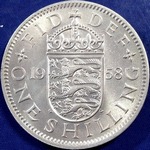 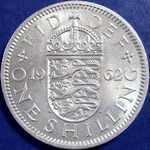 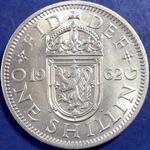 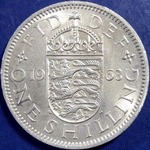 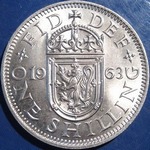 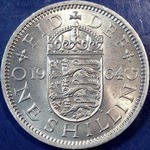 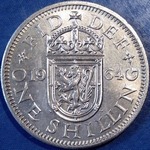 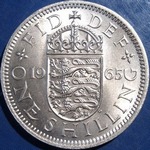 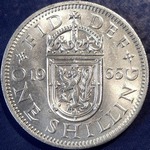 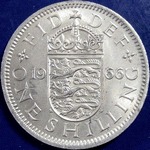 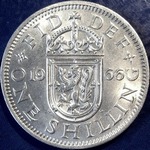 What is a Queen Elizabeth II shilling from the United Kingdom worth?

Values, images, and specifications for Elizabeth II one shilling coins from the UK,

Great Britain, England, Wales, Scotland, and Northern Ireland from 1953 to 1966.

Elizabeth became queen in 1952 after the

Elizabeth has overseen much prosperity and

development in the western world in what has

recently become the longest reign by any

English monarch, and is the current monarch

of the United Kingdom.

The English reverse shows three lions within a

shield, with the royal crown above.

The Scottish reverse shows one lion within a

shield, with the royal crown above.