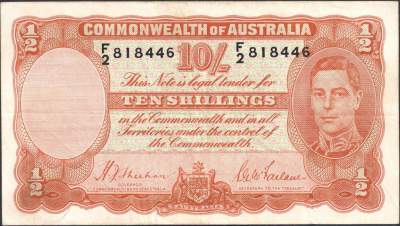 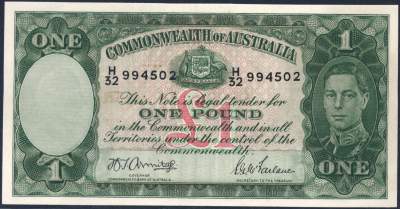 What is an Australian predecimal banknote worth?

Prior to this, Australian coins and notes were a collection of currencies from around

the world, however by this point were primarily British.

notes, issued by local and regional banks, promising to pay the bearer the notes value in

The Australian pre-decimal era refers to

however for the purposes of Australian

(ie. between federation and decimilisation).

The six British colonies in Australia were

declared an independant nation in 1901,

(federation), 'The Commonwealth of Australia',

although remained part of the British Empire,

as a Constitutional Monarchy.

the reign of 5 monarchs:

discontinued from 1966, prior to Australia's

mintage, due to their relative value and the low demand for circulating currency, Australia

having a relatively small population.